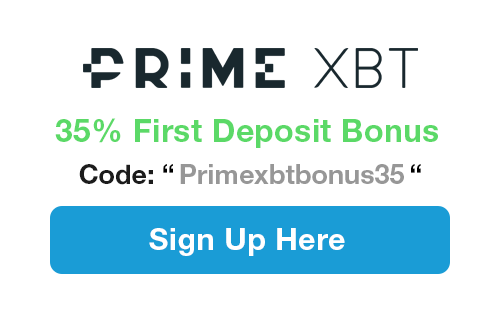 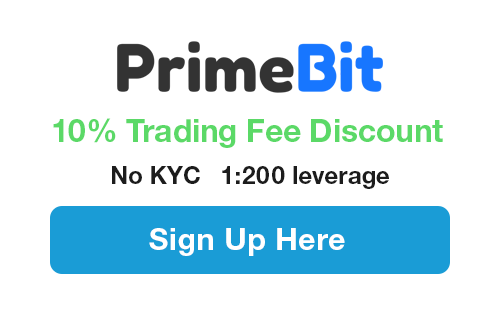 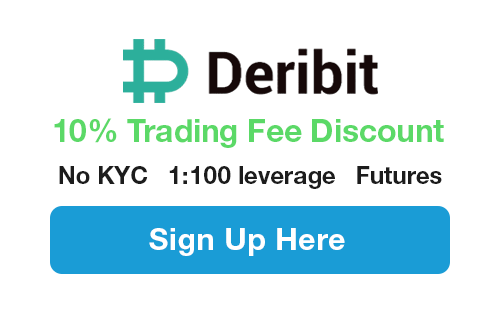 Below is a list of the best alternatives to Coinbase, which will allow you to buy your Bitcoin, Ethereum and other important cryptocurrencies with different payment methods and in practically all the world.

Clicking on the image you will access directly to the web page, remember to register and get your crypt coins.

Ah! and compare the characteristics of each one. So you can choose your best Exchange.

Cex.io is one of the main exchanges worldwide. It works in almost 99% of the countries. 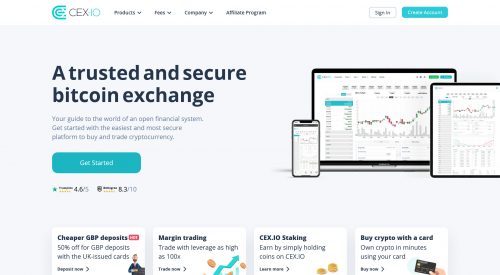 CEX.io was founded couple of years ago. It is a large Bitcoin exchange that has been grown constantly since its launch so it can offer high liquidity. Besides BTC some of the biggest altcoins can be traded here. The security of your cryptocurrency funds are guaranteed by Cex.io. 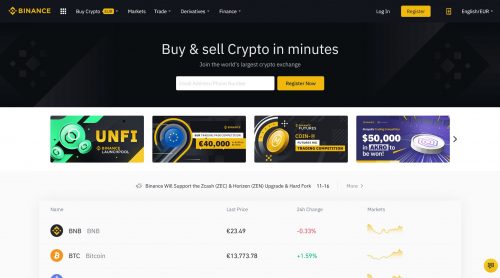 Binance is one of the world’s leading exchanges. It works virtually all over the world and is renowned for its high level of security.

Binance will allow you not only to buy cryptocurrency, but also to trade with it. It is also one of the leading Bitcoin (BTC) buying and selling companies.

It accepts debit and credit cards (Visa and MasterCard) and also allows bank transfers. And as one of the largest international websites, the ease of use and security of your funds is guaranteed. 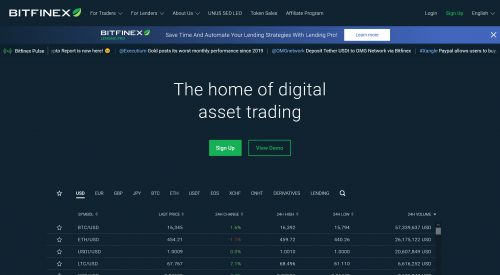 Bitfinex is a website founded in 2012 in Hong Kong.

Since then it has expanded all over the world and allows, besides the exchange of crypto currencies in Spain, the deposit by bank transfer.

Bitfinex is highly appreciated among veteran traders in Spain, despite the enormous competition from the bitcoin market in Spain today.

If we take a look at CoinMarketCap, it is ranked 20th among the largest exchanges worldwide. 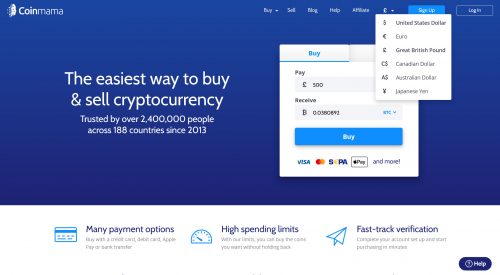 Coinmama has been expanding to sell crypt coins in more than 80 countries by 2020. In Spain it has been several years and has become one of the main exchanges to buy BTC.

Something that characterizes Coinmama is its high spending limits, which allows you to carry out large operations, and a fast user verification system.

It accepts debit and credit cards, bank transfers and some other less common forms of payment. 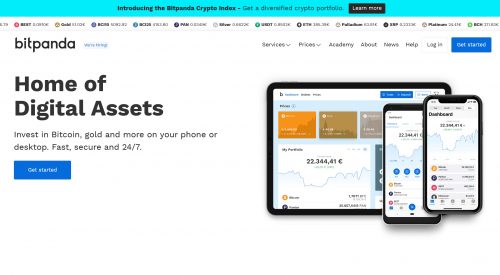 Bitpanda is a website that works in all European countries since 2014. Its headquarters are located in Vienna and it complies with the highest government regulation.

Some of its main characteristics are the enormous security of the platform, the commitment from the beginning to the market of cryptocurrency lovers and the use of TradingView to speed up the buying and selling of digital assets. In addition, it has one of the best commissions of all exchanges.

It should also be noted that it allows you to buy and invest not only in cryptomonies, but also in gold and more than 30 other digital assets. As if this were not enough, it has fast, competent and specialised customer support. 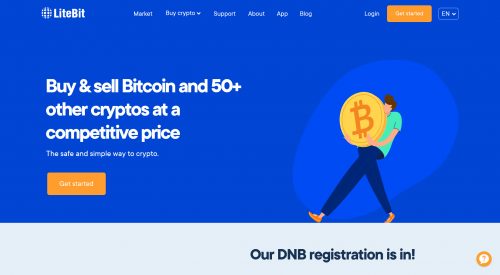 LiteBit is a European website for buying and selling crypto coins that was founded in 2013.

It is headquartered in the Netherlands and aims to become the leading marketplace for buying and selling crypto-currencies in Europe.

In addition to debit and credit cards (Visa and MasterCard) and bank transfers, it supports iDeal, Bancontact, Sofort, Giropay, SEPA and MyBank. 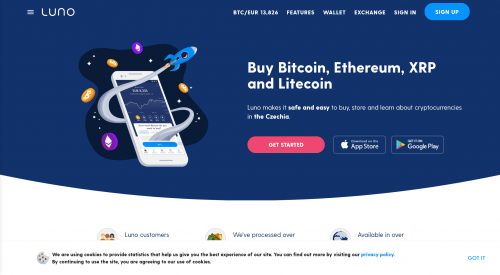 Luno is a rapidly expanding exchange in Europe thanks to its remarkable reputation worldwide and its low commission policy.

It was founded in 2013 and one of its main characteristics is the great team it has: professionals coming from companies such as Google, Amazon, Morgan Stanley or Barclays.

It accepts debit and credit cards, bank transfers and some other less common forms of payment such as SOFORT or ideal. 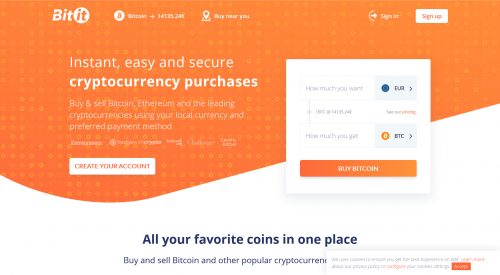 Bitit is one of the main exchanges worldwide. It works in almost 85% of the countries and has made a huge progress since 2015. 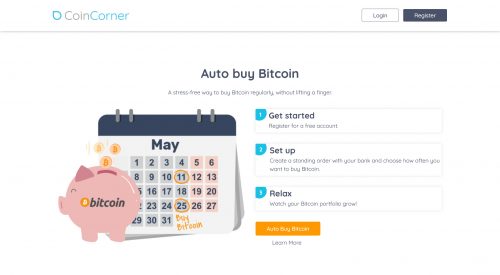 CoinCorner was created in 2014 and has been growing ever since. In addition to large security systems, the website is characterised by its speed in buying cryptocurrency.

CoinCorner allows the purchase of up to 1000 euros of cryptocurrency before requesting identification and photographic documents, so it is an option considered for people who want above all speed. 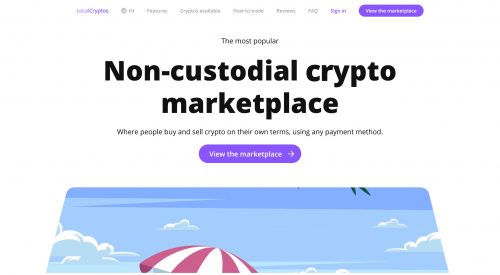 LocalCryptos is a P2P site, meaning that bitcoin transactions are made between users around the world. It was previously known as LocalEthereum, and allowed only to exchange Ethereum.

One positive aspect is that the purchase does not involve commissions, however, using the platform can be complicated and may not be the best way to start buying bitcoin.

When you want to make a card purchase you will have to find an intermediary who accepts “Credit Card, or Visa” as a payment method

Paxful is a P2P site, meaning that bitcoin transactions are made between users around the world. It is a platform that is having enormous success and is beginning to be fundamental in the worldwide crypto money market.

A positive aspect is that the purchase does not involve commissions, however, the use of the platform can be complicated and may not be the best way to start buying bitcoin.

Alternatives to Coinbase? The best websites and exchanges to say goodbye to Coinbase

Now you know the best alternative exchanges to Coinbase, it’s time to answer the questions we most often receive. Below is a list of frequently asked questions about buying crypto currencies by card, transfer and other payment methods and their answers, so you can make your purchase easily, quickly and securely.

Which exchange has the lowest fees for buying Bitcoin?

Most exchanges have very similar fees. However, if you are going to make your purchase by credit card, we can highlight Cex.io with 2.99% when you make your deposit by bank card (visa or Mastercard), Luno with 3.5% and Coinbase with 3.99%.

And if you are going to opt for a bank transfer, we can highlight Cex.io, Litebit.eu and Bitpanda, who do not charge commissions for depositing Euros by bank transfer on their platforms.

On which alternative site to Coinbase can I buy the cheapest crypt coins?

The price of Bitcoin has changed dramatically since its inception. This is because of the decreasing supply and increasing demand for bitcoins from users. However, despite the existence of many exchanges where bitcoins can be bought and sold, we must say that the price of Bitcoin is very similar on most platforms.

This is because prices between different sites tend to be almost automatically matched by Bitcoin buyers and sellers, who take advantage of any differences that may appear on the platforms to make a profit. And this is true of all the cryptosystems in the global cryptoactive market.

However, for practical purposes this is only profitable for large investors who move thousands of bitcoins at a time. However, there is one exception: on P2P platforms (between users) such as Paxful or LocalCryptos, it is the users themselves who set the prices, so it is highly recommended that you check the market price before making a purchase, for example on the CoinMarketCap website.

Do all exchanges require identity verification?

The usual registration process at the most popular exchanges, both Coinbase and most of the alternatives I have presented to you, requires you to upload some personal details and usually a photograph of some personal identification document: such as your ID card, passport or driving licence.

Some websites will also ask you to provide a photo of yourself holding your ID in one hand. This process is done to comply with European laws regarding terrorism, smuggling and mafias.

However, there are some platforms that do not request this process for registration or at least for buying small amounts of Bitcoin. You can check here: How to buy Bitcoin without verification?

How to buy Bitcoin without verification?

Paxful is a P2P site, meaning that bitcoin transactions are made between users around the world. Some allow the use of bank transfers, sending cash to cash machines and other forms of transfers without verification of identity documents.

LocalCryptos is a P2P site, meaning that bitcoin transactions are made between users around the world. It was previously known as LocalEthereum. Some of the users are allowed to use a card without identification.

As you have seen, although there are few sites where you can make a purchase without identification or ID verification, it is possible to do so.

Where can I safely store my Bitcoins and other Alts (alternative cryptcurrencies to the BTC) bought on alternative exchanges to Coinbase?

Although the funds you deposit on the exchanges are safe, it is advisable to move them to a personal wallet, as no company, however large, is free from attack.

For this reason, the best option is to acquire a physical wallet, which is a small device the size of a USB memory stick, which allows you to store your Bitcoins and other cryptcurrencies with the highest security.

The most important ones at the moment are the wallets of the company Ledger Wallets, a European company that sells in Spain and has an enormous prestige in each of its products due to the enormous security and quality.

Among their models, there are two that stand out clearly: the compact Ledger Nano S and the more advanced Ledger Nano X. Both are physical devices that will allow you to store your Bitcoin (BTC) comfortably and easily.

How useful was this article?

Rate it by clicking on a star!

No votes so far! Be the first to rate this post.